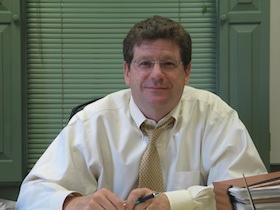 Jerry is a lifelong resident of the Lakes Region. He was born and raised in Laconia and now resides in Meredith with his wife, Donna.

Jerry earned his bachelor of arts degree from St. Michaels College in 1976, and his juris doctorate from DePaul University in 1979. Following graduation, Jerry joined Normandin, Cheney & O’Neil and became a partner with the firm in 1989.

He currently heads the firm’s litigation department and maintains an active personal injury practice representing victims of defective products, severe automobile accidents, and police misconduct and civil rights violations. He also frequently represents workers who have been injured in work related accidents before the New Hampshire Department of Labor and Workers’ Compensation Appeals Board.

Jerry was voted one of New Hampshire’s Top 6 Workers’ Compensation Attorneys in Woodward-White’s “The Best Lawyers in America” poll, as printed in the October, 2004, issue of New Hampshire Magazine and in each succeeding year.